The electric utility system today looks very similar to what Edison and Tesla envisioned, except Tesla’s Alternating Current (AC) won out over Edison’s Direct Current (DC) system. During the past 20 years, utilities started to deploy system 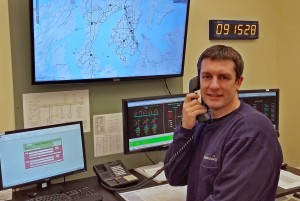 intelligence to improve the operation and maintenance of the grid.

In 1998, Peninsula Light Co. installed a Supervisory Control and Data Acquisition (SCADA) system to detect and isolate faults so line crews could repair and restore power in a safe and timely manner. SCADA also allowed a dispatcher to reroute power from another substation or circuit to reduce the number of members out of power during the restoration process.

Like most technologies, SCADA has evolved over time. That not only includes improved software and hardware but radio and cellular communications which provide “real-time” information and system status. We are currently in the process of updating our SCADA system with new intelligence referred to as Fault, Detection, Isolation and Restoration (FDIR), commonly known as “self-healing.” FDIR increases the automation of SCADA in a manner of seconds or minutes.

Once it’s fully functional, FDIR will be able to isolate an outage, meaning it will automatically reduce the number of meters without power and restore power to the outlining areas until a crew can arrive to begin repairs. That’s similar to how SCADA operates today, except the majority of the functionality still requires human intervention.

Being able to improve system reliability is more than just burying power lines, it’s being able to identify and respond to power outages in a timely and efficient manner. One of our goals is to reduce the amount of time our members experience during an outage. In turn, that improves our reliability performance and the quality of life for our members.

Duke Energy has produced a YouTube video that illustrates how Fault Detection Isolation Restoration (FDIR) technology works. We encourage you to view the video at https://www.youtube.com/watch?v=ufMzSRSTIEs.