Renewable Energy On The Peninsulas 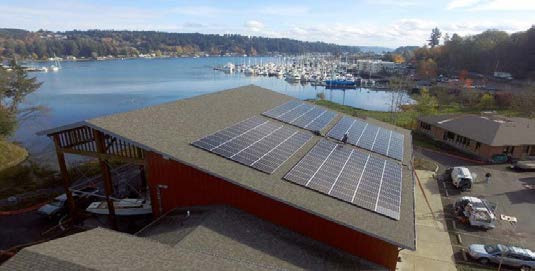 Thanks to all that sunlight and the PenLight net-metering program, you can build energy credits in the summer and use them during our darker months.

Sure, cities such as Gig Harbor and Portland may not produce as much solar power as the southwestern states, but we still generate enough to make solar a financially and environmentally viable solution.

During our long, sunny summers, your production can be much higher than what your energy use might be. That means you’re spinning your meter backward and generating credits with PenLight. If your system is matched to your consumption patterns, it’s possible to generate enough credits during the summer to offset all of your winter consumption.

Washington offers a rich set of incentives for solar, both at home and for your business, including cash incentives for the power your system produces.