In 2005, high above the Columbia River on the plateau in Klickitat County where dry wheat farming had been a way of life for many years, a new crop was being developed: wind power. For the rural farming communities of Klickitat County, the development of wind energy meant there was an economic opportunity to lease their land to wind developers while continuing to produce wheat crops. Wind and wheat turned out to be compatible and soon, a new law would help further the development of wind energy.

In 2006, Washington voters passed Initiative 937 (I-937), also known as the Energy Independence Act. I-937 requires utilities with more than 25,000 consumers to acquire renewable resources, such as wind and solar, to meet a portion of their power supply. The first renewable mandate of 3% went into effect in 2012, followed by 9% in 2016 and 15% compliance by 2020. Since PenLight had more than 25,000 consumers in 2006, the company was required to comply with this new law. The initiative’s main stipulation was that existing hydropower did not qualify as renewable. Similar to many other utilities, PenLight needed to explore options to meet this new requirement. 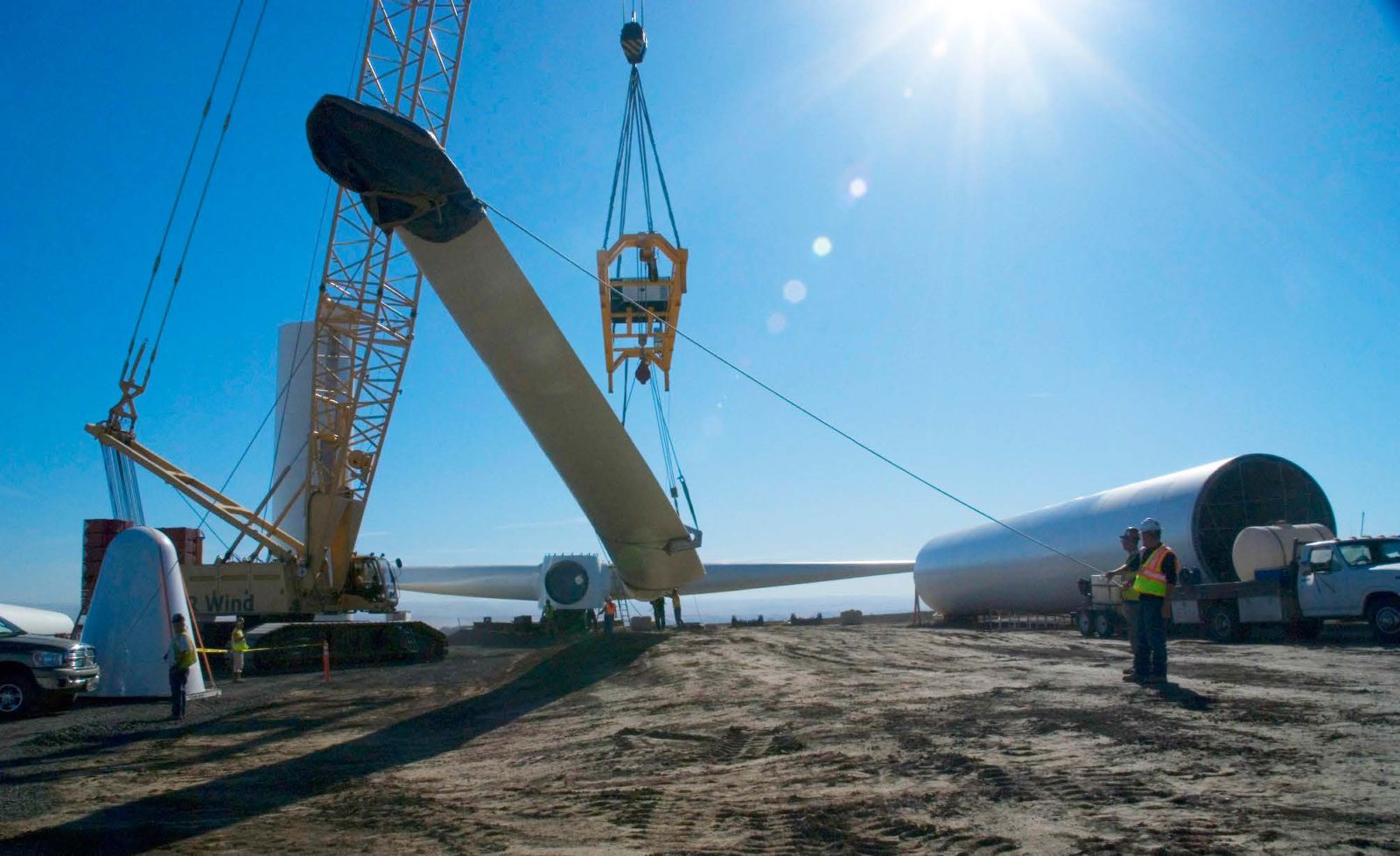 In 2008, PenLight started discussing a joint business venture with three other public power utilities to build a wind project called Harvest Wind in Klickitat County near the community of Bickleton. The three partnering utilities were Eugene Water & Electric Board, Cowlitz PUD and Lakeview Light & Power. Harvest Wind was designed as a 98.9-megawatt project consisting of 43 wind turbines, covering more than 6,700 acres of land and producing enough energy to power more than 30,000 homes a day. With a green light from all stakeholders, the Harvest Wind project began. The project’s cost was $220 million. With a 20% ownership share, PenLight’s cost was $32 million after a $12 million grant.

Permitting was completed in April 2009, and the project partners focused on a completion date of December 31, 2009. Meeting this deadline qualified the project for a $60 million grant from the U.S. Treasury Department through the American Recovery and Reinvestment Act. The grant reduced the overall project cost by 30%. The logistics to build a wind project of this magnitude within a limited time frame were challenging. In order to meet the deadline, a strict timeline was enforced that included negotiating a purchase agreement for the turbines, securing long-term leases, road construction to each turbine site, pouring concrete foundations, building an underground distribution system, scheduling the delivery, assembling the turbines and connecting the project to the regional transmission system. All project tasks were completed on time and within budget. Harvest Wind began generating power on December 15, 2009. For the first time in PenLight’s 84-year history, the co-op became a power generator.

To this day, PenLight uses Harvest Wind to meet its I-937 renewable mandate. Look for a feature about the operations of the Harvest Wind project in the October Lights newsletter.