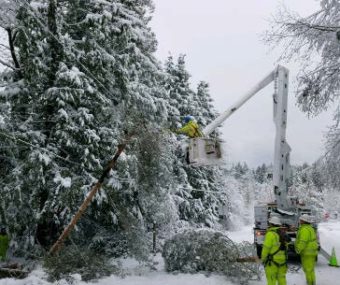 Years ago, recognizing that service reliability was not meeting our members’ expectations, the PenLight Board of Directors and CEO developed a multi-year, strategic infrastructure and technology upgrade plan.

Through targeted and data-driven investments in undergrounding, system automation, and outage management systems (OMS), PenLight has achieved its goal to become one of the nation’s most reliable utilities. PenLight completed these great advancements in grid reliability and technology while keeping member rate increases below its wholesale power cost increase.

PenLight has become an industry leader, ranked among the top 25% of the most reliable utilities in the United States. Today, our members benefit from fewer outages with shorter durations and the reassurance that PenLight staff will do everything in their power to keep members’ lights on.

What is reliability and why is it important? 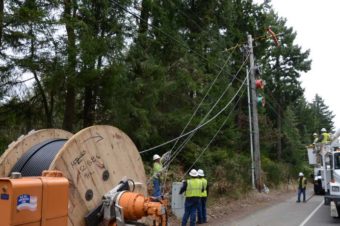 Here is a real-life example:
Many longtime residents in PenLight’s service territory remember the 1997 and 2006 ice and wind storms. For weeks, most of the territory was literally and figuratively in the dark. Amidst freezing temperatures, members had little access to information, no ability to learn about our crews’ whereabouts and no idea how long it would be before power was restored.

Flash forward to the 2019 snowstorm. Once again, Gig Harbor and the surrounding peninsulas were hit hard. This time, most members power was restored within hours with only a handful out of power for a few days. Members received constant updated communication about the outages.

After the 2006 storm, PenLight’s primary focus became power reliability. Due to the rural nature of the system and the heavily treed service territory, improving system efficiencies, from equipment to technology, were of utmost importance. That included strategically putting overhead lines underground in high-risk areas.

Since 2008, overhead lines have been converted to underground at an average of 20 miles a year, focusing on the worst-performing circuits. 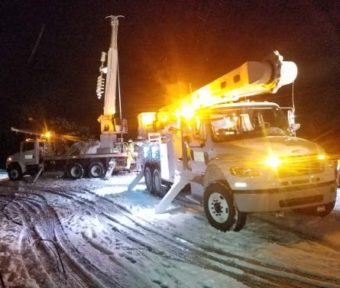 Today, approximately 80% of our system has been undergrounded. Overhead lines that did not make economic sense to underground were upgraded to tree wire—conductor cables with a protective outer layer that is more durable against vegetation-related outages.

Nationwide measurements of utilities confirm PenLight’s reliability performance climbed from the lowest quartile to the highest quartile among all electric utilities by 2013. It hasn’t wavered since.

“Having come from a larger utility a few years ago, I was astonished at PenLight’s laser focus on reliability and the needs of the membership,” says Chief Resources Officer, Ryan Redmond.

In addition to these steps, upgrading equipment and installing the latest technology has been crucial to provide system intelligence that enables PenLight to detect, locate and respond more efficiently to outages and restore power quicker.