October is National Cooperative Month. It is a good time each year to reflect on our accomplishments and to measure our value to our members. Here’s a look at how we got started.

In 1924, when the city of Tacoma was building a transmission line from its hydro project at Lake Cushman on Hood Canal to their city, our community members came together to form an electric utility. They chose the co-op model because many farmers in the area were already familiar with how it worked. PenLight’s first articles of incorporation were adopted in July 1925. Power from the Cushman lines energized the peninsulas in December 1926.

Today, there are more than 900 electric co-ops nationwide. Most began with the purpose of serving rural areas like ours. The principle that sets PenLight apart from others is our community involvement. Since we work for our members, we support activities where they live and play. That’s why we sponsor many events, from Little League baseball to community gatherings like the Maritime Gig Festival and the Key Peninsula Farm Tour. 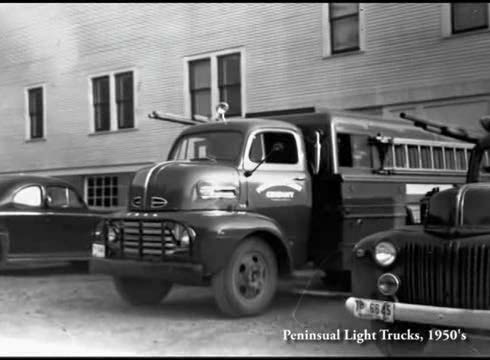 PenLight has grown to serve more than 31,000 electric meters, making us the second-largest co-op in the state. We are the 6th oldest in the nation. We cover 112 square miles in Gig Harbor and Key Peninsulas, and maintain nearly 1,000 miles of line, two-thirds of which is underground. Since 2013 we placed in the top quartile among electric utilities in the nation for reliability performance and we have invested $8 million a year in system maintenance and reliability projects.

We also have an eye toward the future. We generate some of our own power at the Harvest Wind project—a 99-megawatt wind farm near Goldendale that began to operations in 2009. PenLight owns 20 percent of this $250 million project. We promote conservation by offering rebates to our members for products such as heat pumps, commercial lighting, and comfort control. In addition, we support local renewable-energy producers through net-metering agreements. Penlight will continually strive to employ appropriate technology to meet the growing needs of our community.