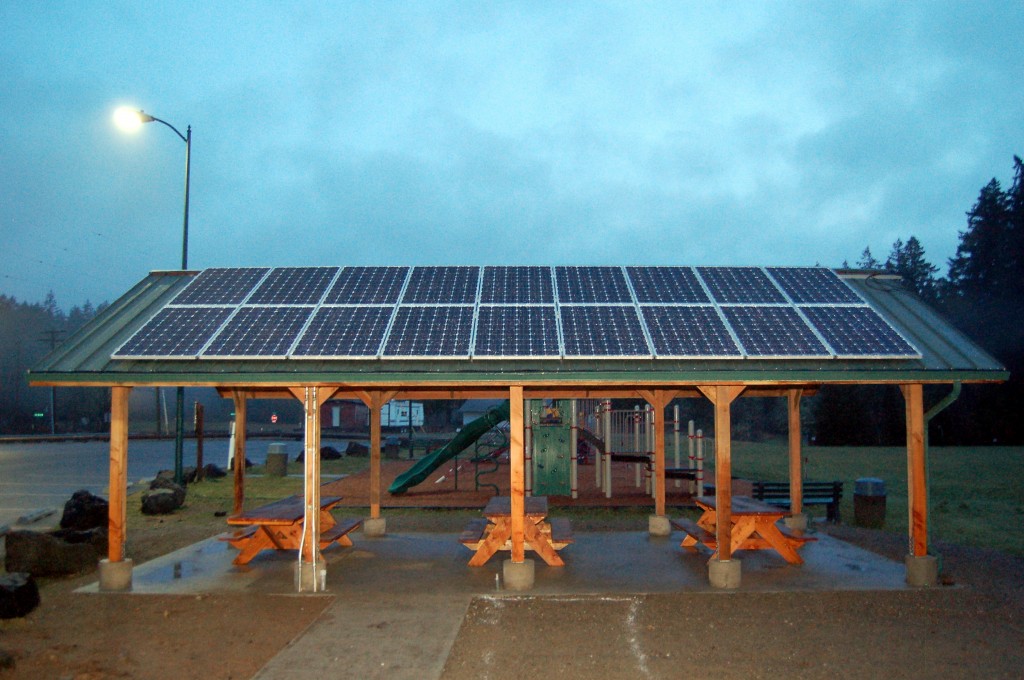 The project, which was built on a shelter constructed by community groups, began to generate electricity on March 7, 2014. It helps to offset the energy costs for operating the civic center, and provides real-time data used in cooperation with Peninsula School District classrooms. Teachers and students will have access to the system through a web-based monitoring system. They will follow a curriculum that details renewable-energy science, and they will be able to tour the project site.