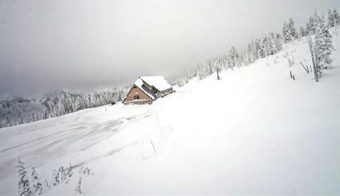 What winter?! The weather across Western Washington has been relatively calm over the last few months of the 2019-2020 Winter season. Meteorologists define winter as December through February, and the season is now officially over. In Washington, it’s debatable whether it ever arrived.

The New Year brought with it weather that was some of the warmest on record for our state. January is typically the coldest month in Washington, but 2020’s chill was quite tame. It was the warmest winter since 2006, and across the contiguous U.S., January ranked as the 5th warmest in the 126-year record.

January was also the 4th wettest on record for Washington state; we were almost 200% of average for precipitation. February ended with a healthy snowpack in the mountains, and most Washington regions are indicating an above normal snowpack. The first weekend in February picked up right where January left off as a new storm brought an additional round of soaking rain and heavy mountain snow.

The majority of the water supply for hydrogenation materializes as Spring streamflow when the weather warms enough to melt snowpack across the region. With a warm February over and all indications pointing to an early Spring, the water outlook for hydropower generation for the region has greatly improved.

For more information, please go to the National Oceanic and Atmospheric Administration’s website.